One of our major milestones is a Global Grant “ORPHANS TEACH ORPHANS”, obtained obtained from the Rotaty Foundation in november 2016 and closed in August 20180. This Global Grant was initiated by Rotary Keerbergen as International Club and Rotary Harare City as host club: http://www.youtube.com/watch?v=dSxbhG8KMz0

All planned activities were successfully executed. Over 25 women were trained as trainers and eventually in total 525 women and girls participated in the program. All planned 20 “Integrated Food Production Systems based on Mushroom Production” (IFPS) have been built around Zimbabwe.

Mushrooms produced in all the production units are sold one of the biggest supermarket chains in the country. We dare say that we provide the best quality mushrooms on the Zimbabwean market today. One of the trained groups in Matebeleland received a prize for best agricultural product from the Ministry of Agriculture in 2017.

The cross breeding of local chickens – part of the “IFPS” - with the more vital and resilient roosters coming from the Belgian conceptual artist Koen Vanmechelen became a major asset in all communities that received the Planetary Community Chicken.  This initiative, the “Hukukhulu” (a mix of Shona and Ndbele meaning “Big Chicken”), was unexpected at the outset but the results are very promising. Through its very nature it gives a tremendous plus-value to our IFPS and hence to the impact of the GG at large.  Mr. Vanmechelen did not only provide his Cosmopolitan Chicken, but he also supported the financing of the GG right from the onset.

Of major importance to TFoHF is how the GG has enabled the “Training of Trainers”.  More than 25 trainers were trained in 2016. Thanks to this, the training responsibility does not solely rest on myself any longer. Thanks to this, TFoHF as implementing partner to the EU-UNDP Resilience Building project “Sizimele” is able to fulfill its role with ease. Trainers in Matebeleland where the Sizimele Project is executed are training a target number of about 2000 people since July 2017.

The Global Grant for us is an invaluable reference.

Return to the overview 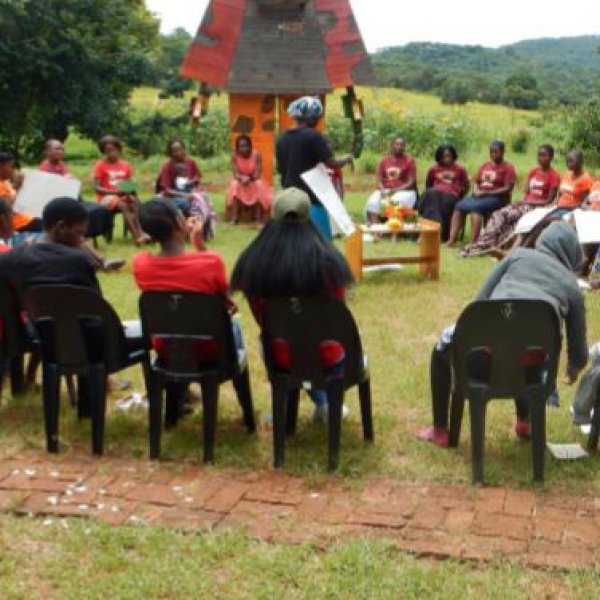