Another one of our collaborations with Belgian artist Koen Vanmechelen. The project first gained international recognition in the late nineties, with the launch of his Cosmopolitan Chicken Project (CCP). The artist began to cross-breed domesticated chickens from different countries with the ultimate aim of creating a truly Cosmopolitan Chicken. Over nearly two decades, this living artwork has produced over 20 generations of crossings, each more genetically diverse than the last. Out of this, the PCC project was born in order to bring the diverse genes into the communities.

By crossing the CCP with the local commercial chickens, the genetic diversity of the CCP is combined with the productivity and familiarity of the local bird to create a more resilient, adaptable and efficient chicken for the community. The PCC can be easily reared in different environments where The Future of Hope Foundation already works with mushrooms. The new strain brings an injection of fresh DNA to traditional chicken stocks that have become genetically impoverished through inbreeding and industrialization, and therefore more susceptible to disease.

The PCC Project adds to the Foundation’s Mushroom Based Integrated Food Production System that is aimed at creating a possibility for communities to sustain their own eco-system more easily. The Mushroom Based Integrated Food System together with the chickens will create an opportunity to recycle nutrients as waste from the mushrooms and the garden by feeding it to the chickens which then provide the community with eggs and meat. 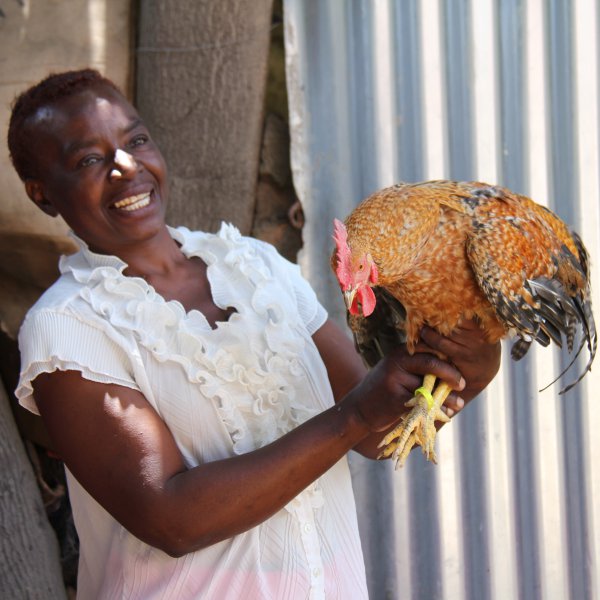